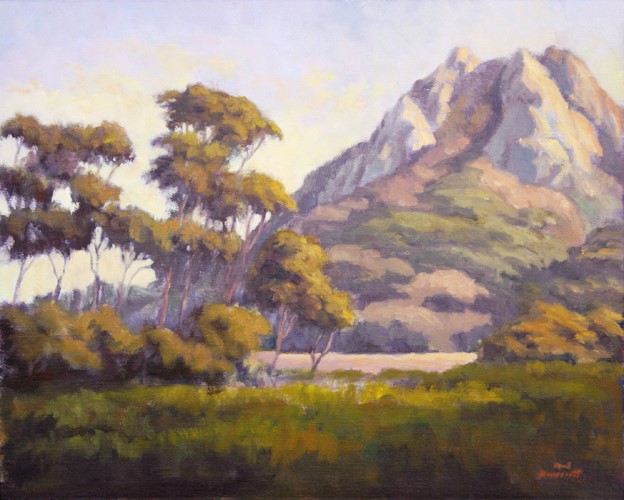 Join us for our September 2020 meeting with Oil painter, Mark Monsarrat

A professional fine artist in San Francisco for over 30 years, Mark first painted outdoors as a teenager in Columbus, Ohio. After a time in engineering, he moved to California to complete his art education, eventually earning a BFA, an MFA. He has numerous awards for his paintings and has pursued his loves of outdoor and studio painting ever since.

Mark Monsarrat is known for popular demonstrations of his oil painting techniques in his tonal-colorist, craftsman style using a limited palette. Rather than copying a piece he has already painted, as some artists do, Mark challenges himself to create a new painting for the audience to see as he develops it from scratch.

The Topic of his demo will be “Can this painting be saved?!”

He will bring in an old, “challenged” piece and rework it before the audience’s very eyes! He will also “challenge” attendees to bring in an older piece of theirs for review and suggestions how they might achieve their vision better.

And while Mark demonstrates in oils, artists in other mediums benefit too, as many of the art principles apply. Mark has experience with those other media as well, so he can speak to their particular characteristics.