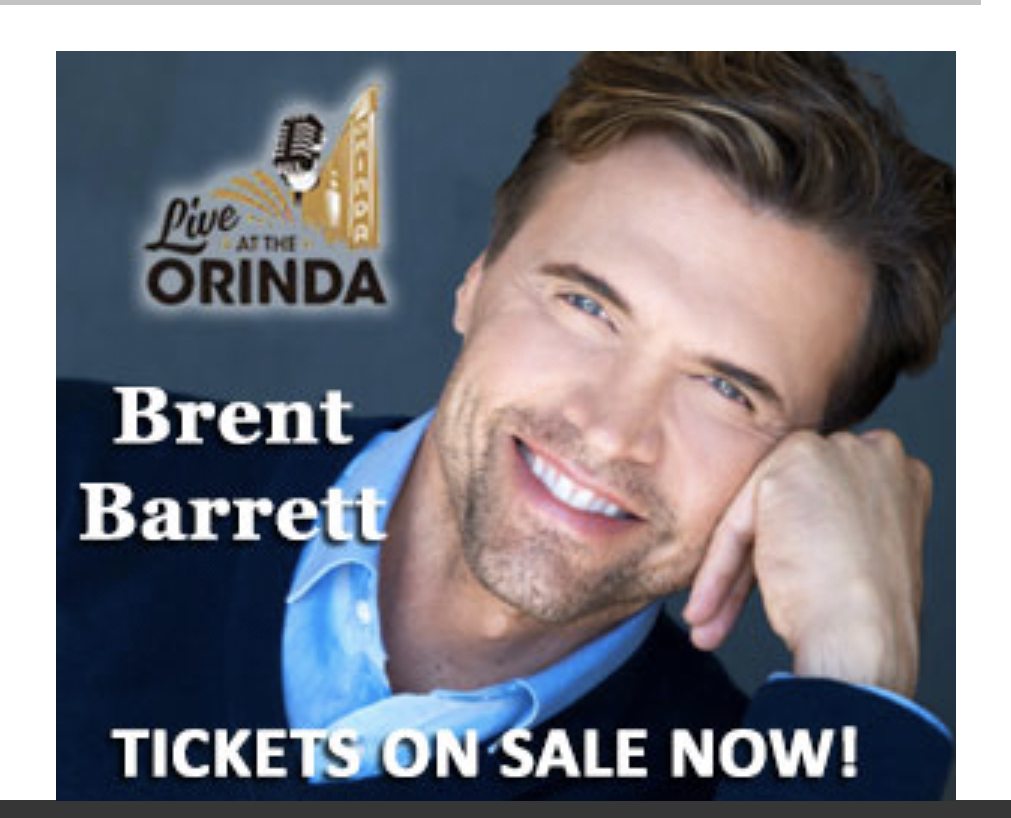 Brent has entertained millions of fans around the world from the stages of Broadway, the West End in London, concert halls, recording studious and television. Brent is currently touring with The 4 Phantoms (with Franc D’Ambrosio) and The Broadway Tenors (as a founding member and producer). And he is frequently invited back to revisit his role as Billy Flynn in the Tony Award-winning hit CHICAGO, for which he received the LA Drama Critics Award

Brent Barrett received an Olivier Award nomination (the British Tony Awards) for his starring role in the London premiere of the Tony-winning Broadway revival of KISS ME KATE (co-starring the beloved Marin Mazzie). Brent’s acclaimed performance was recorded for broadcast on PBS and is available on DVD. He also starred in the City Center Encores! production of THE PAJAMA GAME and as King Arthur in the Paper Mill Playhouse production of CAMELOT. Mr. Barrett also co-starred with Reba McEntire in the smash Broadway revival of ANNIE GET YOUR GUN. Some his other Broadway appearances include GRAND HOTEL, DANCE A LITTLE CLOSER, and the revival of WEST SIDE STORY, where made his Broadway debut, starring as Tony

Andrew Lloyd Webber asked Brent to open the new production of PHANTOM – THE LAS VEGAS SPECTACULAR, where he starred in the title role for two years of sold-out houses. Recently, Brent traveled to Germany where he performed the role in German.

In film and on television, Brent was featured in THE PRODUCERS, HERCULES, LONGTIME COMPANION, ALL MY CHILDREN, ANOTHER WORLD, and GUIDING LIGHT.

Brent has received critical acclaim as a soloist at Carnegie Hall, The Royal Albert and Royal Festival Halls in London, with the Berlin Philharmonic, the Boston Pops, Michigan Opera, and Birmingham Symphony. He can be heard on studio recordings including “Brigadoon”, “Grand Hotel”,  “Dance A Little Closer”, “The Maury Yeston Songbook” and more. Brent has released three of his own solo albums as well – “The Alan Jay Lerner Album, “The Kander and Ebb Album” and “Christmas Mornings.

“With or without a drum roll from the media, audiences know star power when they see it, and they see it in Brent Barrett.” – NY Times

“You can’t help but fall in love with him. I’d love to work with him again.” Reba McEntire